“I thoroughly really enjoy the e4 course! Just like the caro-kann and the dynamic slav repo, this e4 repo manages to deliver some really interesting and dynamic middlegame positions. I particularly like the scotch game line as it often results in a king-side pawn storm and gives white great attack opportunities. I used to play London a lot, but I like the structure & the diversity of the positions that I can reach using this repo much more. Overall a really fun repo to have!”

“This course was exactly what I’ve been looking for! I have a lot of video chess courses and several of them are on the caro. This one is easily the best. The structures and ideas are unique but still solid without being a deep theoretical position that only GMs understand. The PGN and videos have the little explanations of the thought process and goals of almost every move. But my favorite part is that the common opponent mistakes are included with explanations as to how to take advantage. All my other courses are at a master level and assume best play by your opponents. I don’t see theory lines that deep at the club level. This course is filling some large holes in my training and reducing my study time combined with CPT(chess position trainer). I also really enjoy the production quality of the in depth videos and that I was able to down load them to my computer for offline viewing. I definitely will be getting the middle game course after I spend some time with the openings courses.”

“great opening package for players rated 1200- 2100, the slav and caro do compliment each other so that has its merit too, the lines are playable and practical, the 2 openings video’s when purchased come with fully annotated pgn files, these are absolutely spot on for uploading to chessable or lichess study features, important also is that the chessgoals team are quick to reply on any queries you may have, I have purchased the e4 course but have not yet studied that one, that I look forward too, I live on the other side of the water and do not know these guys personally but they have a smashing demeanour coupled with a sense of humour that in my opinion is needed in chess, kudos for these guys”

“This course is perfect for intermediate /club players with very well explained lines. The most frequent moves and lines that you will face at an intermediate level are very well researched and explained. Most opening courses look at your opponents best moves but not necessarily the commonest moves which maybe inaccuracies but are more likely in practice. This course covers all those possibilities. Strongly recommended!”

“Hi. Im really glad I bought this course (bundle). It is definitely a must have if you want to understand what you have to do AFTER the opening, which is clearly explained AND aimed at club players like most of us (if not all of us). You can get the ideas and plans you will find over the board (or online) most of the time so you can get acquainted and additionally you might have a comfortable time advantage. Other thing I like a lot is the fact that they chose the CaroKann. You “always” get the same tipe of positions (depending on the line white is playing), so you dont have to learn to play against the Italian, the Ruy Lopez, the Scotch, etc. Instead you have a Caro Kann repertoire that often uses same ideas against different lines. Perfect solution !”

“I really have been enjoying this video series since Matt and Jesse started teasing trailers/samples on YouTube. I’ve played the Caro-Kann as my primary defense against e4 for over a year (I’m a 1250-ish Chess.com Blitz/Rapid player) and just in those samples, I picked up some new-to-me ideas. The paid course expands on those lines and offers up some solid, fresh ideas for the club-level player. Having an NM and a strong club player going over the lines gives a different twist on the usual openings videos. It takes the form of a discussion, not a lecture, and there is a real benefit to that. Matt and Jesse sell themselves short in the description of this course. There are over eight hours of video; that is a TON of content. The PGN file is amazingly detailed, on the level of some of the best Chessable courses. Also, these guys don’t just pay lip service to the ChessGoals discord. They are active daily, answering questions and providing encouragement to members.”

“I am a 1600-ish rapid player on chess.com. Basically, their approach to openings is right on the spot. They are building the repertoire with lines which are the most common at the club level and some of them, are often blunders by white, which gives big advantages to black. After many games with the Caro and realizing that the learned knowledge and plans from the free video are actually working and are applicable at my level consistently, I decided to buy the course and its just, to me, the perfect course for the Caro Kann club player. On top of this, you can easily import the PGN into chessable and learn the lines and plans in no time. It’s only 100 lines long, but its 100 lines that you will face up to 2000, so the time spent learning them is actually useful! The lines are between 10-15 moves long and they always ends with a plan the arising positions. I bought the course including the videos and I found it very instructive. You learn a lot of strategic ideas (like the e5 push in the exchange instead of minority attack).”

“I am an Expert rated player and have been playing the Caro-Kann for about 10 years. Despite my experience, I still learned a lot from this course. The material is thoughtfully presented in an engaging and accessible manner, with something on offer for players of all skill levels. I particularly enjoyed the coverage of the Fantasy, Two Knights and King’s Indian Attack variations as these lines are often neglected in other repertoire courses (as they are not common at the top level) but they are quite common at the club level, which this course is intended for. Highly recommended for players up to and including Expert level.”

“I just purchased the Classical 1.d4 Video Course a week ago. I played OTB chess about 30 years ago and am just coming back to playing again. Unfortunately at 50 it’s hard to memorize the thousands of lines I used to. I needed a good opening repertoire that kept it simple without loads of memorization, but still offered me winning chances, and clearly explained the plans. I was looking for months with no luck, then I found Chess Goals. I cannot be happier with the purchase. Matt & Jesse explain it all, they stick to lines that are consistent vs piling on loads of complex variations, most lines offer good chances. I cannot wait to complete this course. I look forward to their other courses.”

“I really like this approach. :) ChessGoals did a very good job with this course. ! Highly recommend it !:)” 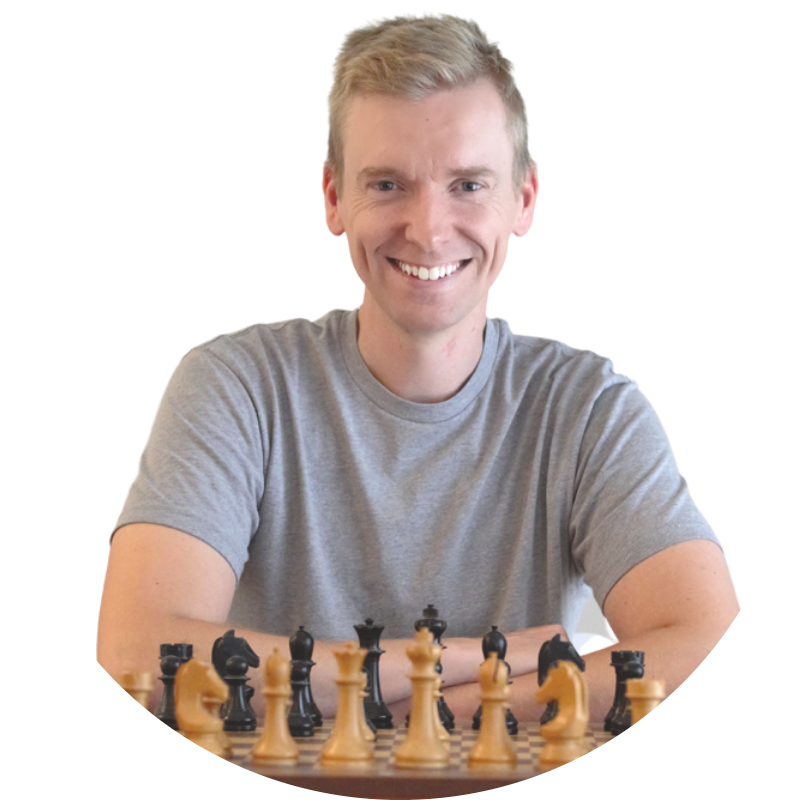